This week’s mix – yes, we’re now actually able to pull this together weekly – goes from stoner rock to dream pop and beyond. You’ll notice some new tracks and surprises along the way.

Cool to think that at ten mixes in, we’re just now dropping names like Cocteau, Mazzy, and Love and Rockets. Now back to us moaning about missing Coachella…

Druggy bolero from ex-Bauhaus members Daniel Ash, David J and Kevin Haskins. If you like this, check out Tones on Tail. 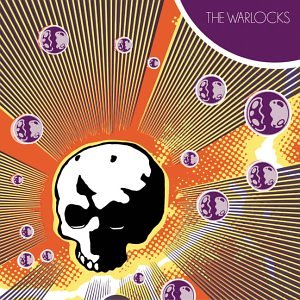 Spacemen 3-influenced drone rock off the superb My All American Girl album.

“Wasting my time with you” and the L.A. stoner rock outfit.

Audiocast9 alluded to the singer of this band, so we went ahead and dropped “Happy” this time round. Beautiful.

Love this epic anthem from this San Francisco-based band. This is the kind of track that you never want to end.

6.   Manhattan Love Suicides – Up Too High

Who says you can’t cover Jesus & Mary Chain? Lastest track off the JAMC covers project, aptly described as an “adrenaline-fuelled injection of noise and menace.”

7.   A Faulty Chromosome – Anomie’s the Enemie

If the famous C-86 compilation could have a sequel, this offbeat pop tune would be on it.

U.S. band indebted (in a good way) to the above on this killer track. Love the nervy bass energy.

Great blissed-out rock and roll from this Estonian troupe.

If hip hoppers dug shoegaze, hands would go in the air as the band drops the first pedal at :30. Or is that just the tremolo? Either way, heavy as hell.

My buddy Audix summed up this band perfectly – dreamy pop funk. No one’s been able to follow them. This one’s off the seminal Heaven or Las Vegas.

Too Much Future was originally going to be the name of this podcast, but then we found out about a German movie of the same name. If one song could embody the title Too Much Future, it would be this one.

Killer track by popular Canadian band from a few years back. Love the noise overdrive halfway through. Check out Jake Fairley‘s Touch Not the Cat if you like this one.

May be risking my cred with this one, but a review of Sonic Cathedral drew my attention to this cool futuristic pop track. Popstar aside, does it work in the mix?

Perfect opportunity to drop chilled track from Supernature, the last album before they went pastoral.

New one off Swoon. Haven’t gotten my head around the whole album yet, but this one stands out. Love the atmosphere.

This Blog is Powered by WordPress, The Theme Design can be found at autumn wind wordpress themes with credit report free sponsorship.